Add Messaging, Voice, and Authentication to your apps with Vonage Communications APIs

This page includes the following sections:

More clients can simultaneously view an HLS stream than can view an OpenTok live interactive video session. For example, you may provide an HLS stream to a client if the OpenTok session has reached the 15,000-connection limit for OpenTok live interactive broadcasts. HLS streams support an unlimited number of viewers. RTMP streams are limited by the number of viewers supported by the RTMP provider.

You can use the RTMP streaming feature to provide a video stream to a platform that supports RTMP streams, such as YouTube Live or Facebook.

Also, clients that do not support WebRTC can view the HLS or RTMP stream.

An HLS is delayed 15 to 20 seconds behind the live streams in the OpenTok session. During the initial delay, the broadcast stream is not available. Do not provide the broadcast URL to clients until the HLS or RTMP stream is available.

For an RTMP stream, the OpenTok platform introduces a latency of approximately 5 seconds. However, each the RTMP delivery platform (such as YouTube Live or Facebook) will add additional latency based on their processing of the video before publishing it.

HLS playback is not supported in all browsers. However, there are a number of plugins, such as Flowplayer, that provide cross-browser support (using Flash Player in browsers that do not provide direct HLS support).

Streams published from Safari show up as audio-only in live streaming broadcasts.

See the OpenTok pricing page for details on HLS and RTMP streaming pricing.

When using the OpenTok live streaming feature, you can customize the layout of videos in the HLS or RTMP stream.

By default, the OpenTok live streaming feature arranges videos from the OpenTok session in a tiled layout in the composed HLS or RTMP video. The layout is based on the number of videos in the session. For example, the following illustrates the layout when there are 1, 2, 4, or 5 streams in a session: 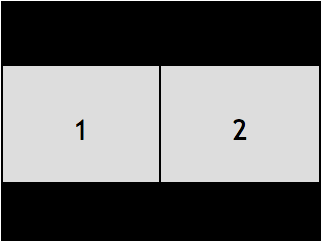 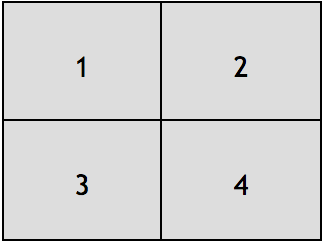 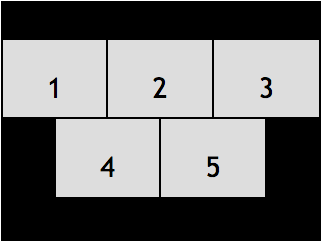 This is known as the "best fit" layout. Alternately, you can select from a number of other predefined layouts. For the other layouts, you assign a class name to each OpenTok video streams to determine how it will appear in the layout. (See Predefined layout types.)

By default, the broadcast video is 640x480 pixels (SD landscape, 4:3 aspect ratio). Individual OpenTok videos are arranged in container rectangles within the composite video. By default, the video is drawn with the CSS object-fit property set to contain. For example, the following illustration shows a best-fit layout with two SD landscape (4:3) videos (1 and 4) and two HD landscape (16:9) videos (2 and 3): 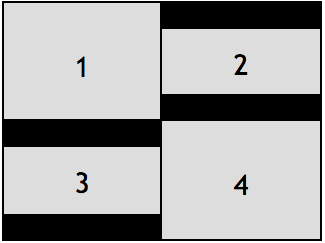 You can modify this behavior using custom layouts.

When you start the live streaming broadcast for a session, using the OpenTok REST API, you can, optionally, specify the initial layout type.

Set the Content-Type to "application/json" and set the in the layout type as a property of the JSON data sent in the POST request.

You can also specify a layout type to use when there is a screen-sharing stream in the session by setting the screenshareType property of the layout property (see screen-sharing layouts):

The request returns a 400 error response code if you specify an invalid type.

You can also you can also specify the initial layout type when starting an broadcast using the OpenTok server SDKs:

Dynamically changing the layout type during a live streaming broadcast

You can dynamically change the layout type by calling the OpenTok /broadcast/layout REST API.

Set the Content-Type to "application/json" and include the layout type as a property of the JSON data in the PUT request:

You can also specify a layout type to use when there is a screen-sharing stream in the session by setting the screenshareType property (see screen-sharing layouts):

The request returns a 400 error response code if you specify an invalid type.

You can also you can also change the layout type using the OpenTok server SDKs:

Selecting streams to be included in a live streaming broadcast

HLS broadcasts support DVR functionality, which lets users rewind, pause, and resume the broadcasts (in players that support DVR). You can set the dvr option to true when starting a live streaming broadcast.

With DVR enabled, the HLS URL will include a ?DVR query string appended to the end.

These timestamps let you synchronize events in client applications to account for the delay in the HLS stream. For example, if you want to send a client an event to display an emoji at a specific time in the video stream, the client can use the timestamp to delay the display of the emoji based on the delay of the received stream.

To set an HLS broadcast to support low-latency mode, set the low-latency option to true when starting a live streaming broadcast.

Some HLS players do not support low-latency mode.

This feature is incompatible with DVR HLS broadcasts.

Although you can specify multiple RTMP streams when starting a live streaming broadcast, they will each use the same options (such as the assigned streams and layout). However, when you start simultaneous broadcasts (by calling the REST method multiple times, with the multiBroadcastTag option set), you can use different layouts and assign different streams to each simultaneous broadcasts.

Getting information about live streaming broadcasts

The live streaming broadcast feature has the following known issues:

Could we improve this page? Let us know what's missing.

Thank you for your feedback!

We appreciate it.
If you need an answer to a question or help with an issue, contact our support team.